How this Alumna Balanced School, Work and Kids in Wharton’s EMBA Program

“There are tough moments, and you need to be ready for those. But I would go back and do this program 10 times over if I could,” said Neda Amanat, WG’20.

Growing up in Iran, Neda Amanat, WG’20, planned to follow in her father’s footsteps as a dentist. However, her career plan took several turns after a visit to the Netherlands when she was 20.

“In Amsterdam, I met my husband. We started a long-distance relationship and then got married. However, I wanted to finish my dentistry degree in Iran before moving to the Netherlands. During that time of travelling back and forth between Iran and the Netherlands, I had a baby. Following graduation, I lived full-time in the Netherlands, but I needed to study to take exams to work as a dentist there – and those exams were in Dutch,” she said.

After studying Dutch for 1.5 years and taking care of her high-energy toddler, who was later diagnosed with ADHD, she passed the exams and began working as a dentist in Amsterdam.

A few years later, her career took another turn when her husband decided to launch his business in the U.S. “My dentistry degree wasn’t accepted in the U.S. and I would have to go back to school for two years to work here. That is when I decided to join my husband at Carmine, his Microtelematics business,” she said.

Neda had become familiar with the company in the Netherlands and was excited to help start the U.S. office from scratch. She was in charge of hiring and training the sales team, but soon realized that she needed a business education to fill in knowledge gaps in areas like finance and accounting.

At first, she looked at EMBA programs closer to her home in Orange County and Los Angeles, but her husband encouraged her to look at Wharton’s MBA Program for Executives in San Francisco. “If I was going to spend the time and energy to get an MBA, he wanted me to go to the best program possible,” she said.

At a Wharton admissions reception, Neda learned from current students and staff that the flight from Orange County to San Francisco was actually shorter than the drive to Los Angeles because of traffic. “I saw how I could earn an Ivy League degree by flying to San Francisco on Friday mornings and be back home by Saturday evenings. And that time with classmates on Friday nights after classes would be an important time to build friendships and a network,” noted Neda.

At the time, her sons were 9 and 2. Being away from home required preparation, especially since her husband frequently travelled to Europe for his business. “We had a thoughtful talk about how the program would affect our family. I made a commitment that I would not let the stress from my workload impact our children – and I knew I could do this because I had done the same thing in the Netherlands when I was studying for the dentistry exams with a young child with ADHD.”

Neda took several steps to prepare, such as:

Look at the Two-Year Schedule

The EMBA program provides the two-year schedule well in advance, so you know when you need to be at school. My husband tried to work around that schedule to plan his business trips so that one of us was home on the weekends with the kids.”

“We had a full-time nanny, and our kids were in school and daycare. I knew I had to become much more efficient with the use of my time and it was helpful to delegate some household duties like cooking and cleaning to someone else.”

“Flying back and forth proved to be quite enjoyable because it gave me a chance to transition out of ‘mom mode’ and focus on school. I also commuted with several classmates and it was a good opportunity to build friendships.”

“We don’t have family in the U.S., so I told our close friends about the program and asked them to be prepared to step in to help in case of a childcare emergency.”

“My husband and I sat down and explained to our older son what I was doing and why it was important. He was supportive and felt some responsibility to help out.”

Of course, that first week away from home was challenging. Neda recalled, “I started the first week on the Philadelphia campus for Orientation. It was one of the hardest weeks academically because I was bombarded with so much information and it was overwhelming. On top of that, my younger son cried at the airport when I left. And he cried when I called him on the phone. That broke my heart. Fortunately, there was less crying each time I went to campus and it soon became routine for him.”

Neda noted that many students in her class had children, and some women gave birth during the program. “There are many moms and dads in this program who are juggling various challenges and we all supported each other. ”

She added, “It’s important to know that there will be tough moments, and you need to be ready for those. But I would go back and do this program 10 times over if I could. I would never choose to not do this program because it is an amazing experience. You get the opportunity to be a college student again with the best professors and amazing classmates from all kinds of backgrounds.

As for career impact, she noted that her Wharton education gives her an” equal seat” at the table. “I am more confident and have a better understanding of our business, so I can add more value. I also am using my network to help our business, and I did a marketing project with classmates using our company. We implemented several suggestions from that project, which have helped us triple our sales. That type of free high-level consulting came as part of this program and the network.”

For parents considering this program, Neda advised, “This program is not only doable, it also is enjoyable. It is transformational because it pushes your limits. It’s a marathon, but you will have the time of your life.” 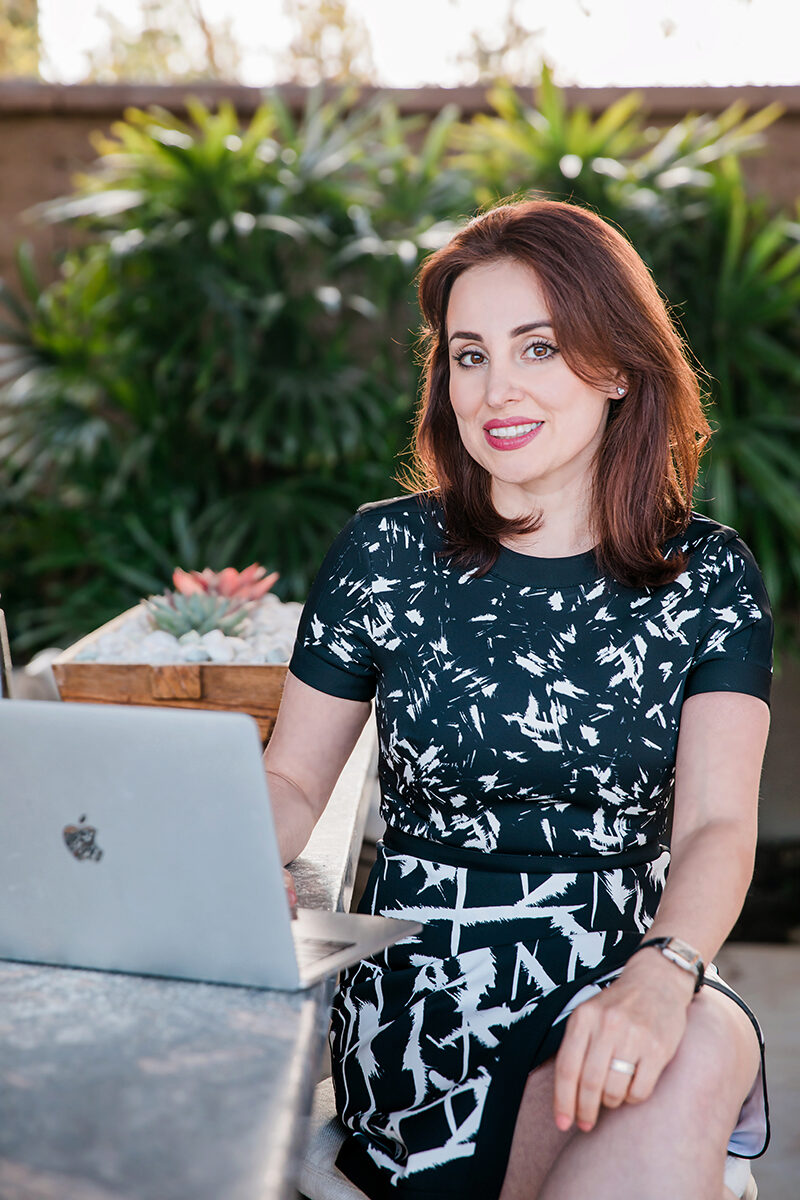 Based In
Orange County, CA